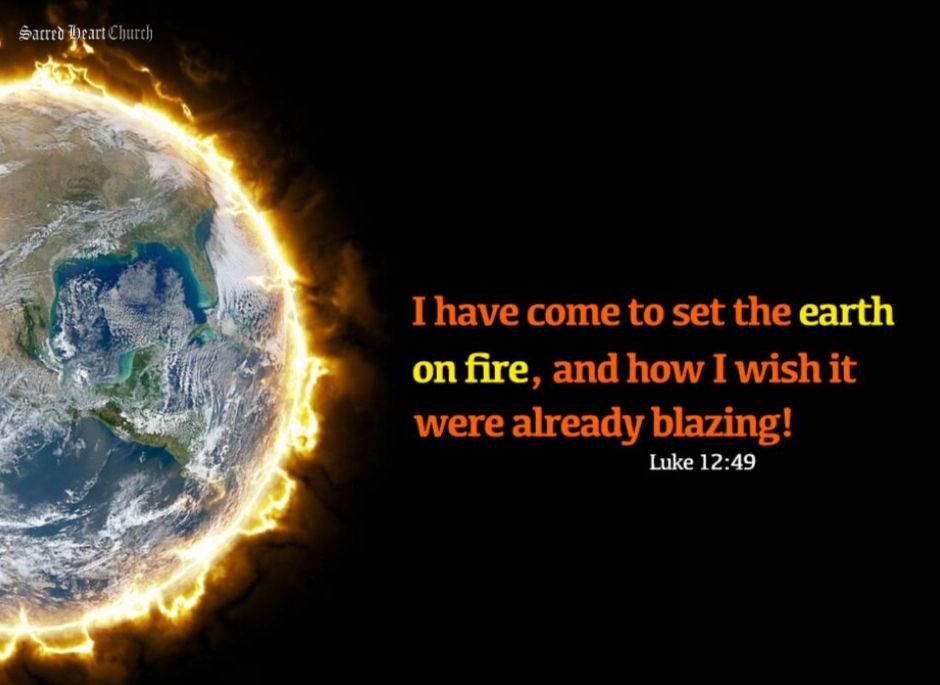 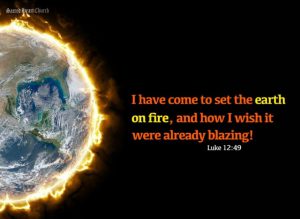 Jesus said to his disciples: “I came to bring fire to the earth, and how I wish it were already kindled! I have a baptism with which to be baptized, and what stress I am under until it is completed!”
“Do you think that I have come to bring peace to the earth? No, I tell you, but rather division! From now on five in one household will be divide, three against two and two against three; they will be divided: father against son and son against father, mother against daughter and daughter against mother, mother-in-law against her daughter-in-law and daughter-in-law against mother-in-law.” – Gospel (Luke 12.49-53) (taken from Living with Christ)